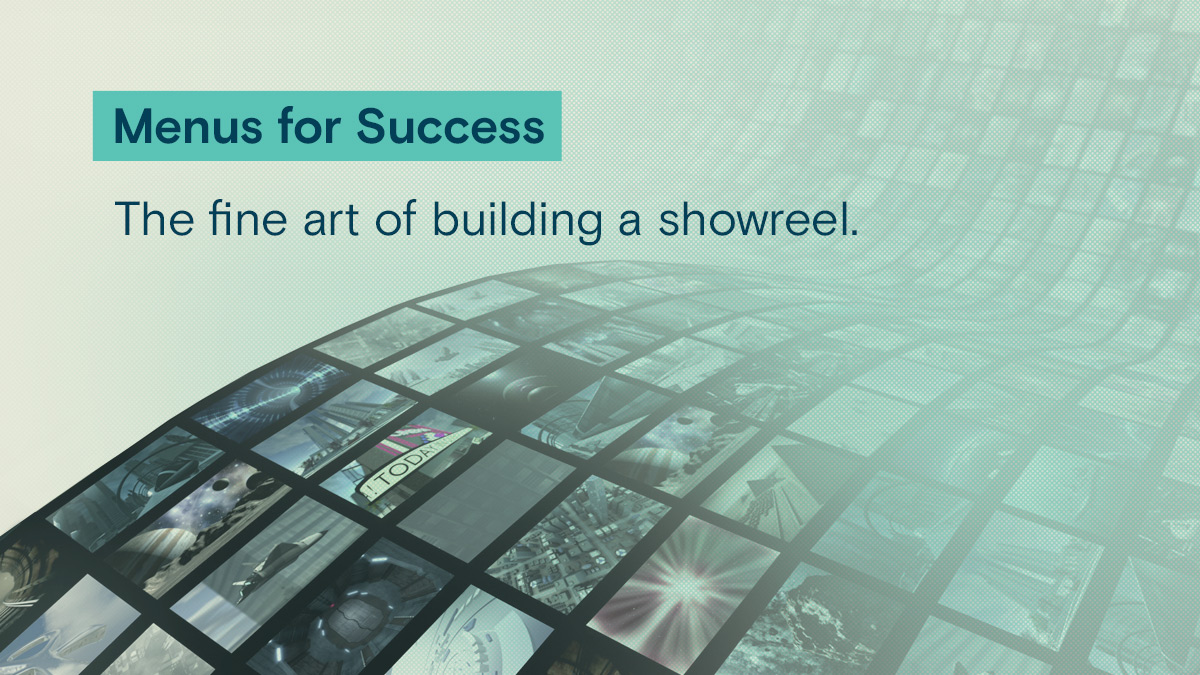 EPs Dish on What Goes into Making a Killer Reel

Showreels are the currency of the commercials industry. Whether we’re talking production, post, VFX, music and sound or cinematography, everything tends to build off the strength and staying power of the reel. And as such, creating them is a process that’s talked about and analyzed by anyone who’s ever been asked to put one together.

Whether putting forth a director, editor, DP or VFX artist on a commercial project, or building a presentation for an agency's new business pitch, the reel has to do more than just show off your best work. From its opening frames to its last piece of work, the reel needs to persuade, impress and comfort, revealing that the individual or company talents it proffers is more than capable of handling the job and will keep the clients happy and satisfied.

Getting deeper insights into the nuts and bolts of building and sending showreels is a sacred task here at Simian. We’ve spent countless hours examining what makes some reels attract more views than others, and we’ve compiled these findings in our regularly updated Reel Insights reports.

We recently turned to a number of EPs from production and post to talk about reels. What are some of their top tips for creating winning reels? Do they take advantage of reel-viewing analytics? Have older reels ever sprung back to life and resulted in jobs? And how do they view the reel-submission process? Their answers provide a bit of a best-practices roadmap to the mysterious art of building reels.

“I see myself as an editor when I'm crafting reels,” explains Sophie Gold, Executive Producer at L.A.-based production company Eleanor. “I’m using four, six or eight spots to tell a story as to why my director should be considered for a project. If the board says they're looking for someone that does lifestyle with a wink and a smile, I'm looking at the work and thinking, what can I put on this reel that shows that? And the first three spots have to play the hero, because if they don’t see what they need, they don't proceed.”

Everyone agrees that the first couple of spots is the make-it-or-break moment. “The first and second piece, they’re the most important choices to make,” says Wiebke Engel, EP at Hudson in Detroit. “That’s where the agency can tell whether the artist is the right fit, and usually determines whether they keep watching. Your strongest stuff should go first, without exception.”

I’m a true believer that if the agency doesn’t see it in the first two to three spots, you won’t get a call,” adds Rossi Cannon, Managing Director of ModOp Films in Los Angeles. “So we always send our four best spots.” But when creating reels for work that’s being done direct-to-client, Cannon takes a different approach. “We believe clients look at the work differently, and we adjust for that,” she notes. One way is to include more items, or longer pieces, on the reel: “A larger body of work tends to show that we understand the brand and the message in a better way,” she notes.

Getting properly briefed before submitting is seen as vital to creating a solid reel. “Without specific information on the project, the reel might not be as effective, and our best and most impactful work might not be included,” says Bob Cagliero, EP/Business Development for Bodega Studios in New York. “And there’s lots of emphasis on it being best and impactful.”

Indeed, not getting the skinny on the project in question is a pet peeve of Cagliero. Another is getting asked to submit a reel without a storyboard, script or detailed creative direction from the client, “or having to submit reels based on numerous concepts that have yet to be identified for production,” he adds. The results can be frustrating.

Cagliero is not the only EP who wishes they could go into the reel building process with more knowledge. Lisa Masseur, Founder and EP at Tessa Films in Chicago, says she wishes every project that came in was well-briefed. “That includes seeing the boards or the creative, understanding the tone the creatives are seeking in the spot, knowing the shoot dates and budget range, etc.,” she says. “Sometimes we don’t get that, or we only get a vague description of what they’re looking for. Such as ‘seeking comedy reels for an upcoming project.’ That makes it difficult to tailor the right reels from the right directors, and leads to producers getting way more reels that may not be appropriate. That alone would help cut down on the clutter.”

What would also help, she notes, is getting their ear for a bit. Indeed, that ability to talk about the job with the agency team, or at least with the reps who spoke with them, is highly valuable in putting together the best possible reel. “Coming from a former agency producer’s perspective, I think having a phone conversation and a few words of context goes a long way in helping us deliver something that stands out from the competition,” says Engel.

Many EPs say they value the kinds of reel-viewing analytics Simian has always championed. Engel closely follows reel alerts, and relies on them to keep tabs on where her artists are stacking up when tracking jobs. “It’s a fantastic tool that helps me understand the level of client interest,” she says about the data. “And whenever the link gets opened simultaneously by different users, it makes me excited that a producer and creative team is probably watching together. We certainly want the work of our directors, editors and artists to be watched and talked about. This usually means we’re getting some traction.”

“I love to see kind of the analytics we get in terms of how a reel is tracking, or how many views it’s had, or even knowing where they were when they viewed it,” says Gold. “And this new Trending Reels feature, which indicates which reels are heating up or when zombie reels are getting seen, is really cool.”

Zombie reels are what Simian has dubbed reels that have come back from the dead. It turns out they’re not as uncommon as you might think. Gold has submitted reels for projects that ended up being awarded to some other director, “but then the producer returns and says, ‘hey, we know you submitted for this job. We looked at that reel again, and we think they'd be good for this other job.’ So that happens a lot.” With this in mind, she’s careful to omit expiration dates. “So if anybody wants to go back to something they saw on an Eleanor reel from a couple of months ago that would have been perfect for what they have in mind, the work is there.”

Gold isn’t alone in considering zombie reel viewing action as a good sign. “I had one that was two years old that a creative director held on to,” says Tessa’s Masseur. “It led us to our being called about a new project for that director.” Adds Engel, “when an older reel gets new hits, I see that as a positive sign that we made enough of an impression to be remembered weeks or months later, regardless of whether or not we won the job initially. This emphasizes the importance of sharing the work even as it takes a little while for new talent to gain traction. Eventually, talent prevails.”

Eleanor’s Gold believes that when it comes to sharing the work, there needs to be an understanding on the part of the agency as to what to expect – particularly when dealing with emerging directors or those coming from underrepresented communities. The frequent request to see just a few more examples of a technique or a style troubles her.

“Sometimes I'll have three strong spots to show on a reel,” she explains. “But then the producer will say, ‘Well, I need more. Do you have two more pieces of dialogue?’ And it can be frustrating. I’ve talked about this a lot, with the push towards more diversity, equity and inclusion. Producers need to recognize the difference between lack of talent and lack of opportunity.

“If you’re evaluating the reel just from a talent perspective, you should be able to see that they’re talented, but they may not have that extra two or three or 10 examples to show,” she continues. “And that’s because they haven’t had the same opportunity. Rather than just ask for more work, they should be looking at the work that speaks to what they can do with the opportunities they’ve been given.”

As always, it seems the key to a great reel is not just relevance, but staying power. Whether it's zombie reels from days gone by or work that’s just released, EPs always want to register a strong impression. “I believe you need to leave a mark that will stick in their minds,” says ModOp’s Cannon. “Maybe it’s the last Super Bowl spot you did that drew raves, or it’s that docu-style spot that tugged at your heart. But you always have to leave the agency or the client with something to remember.”