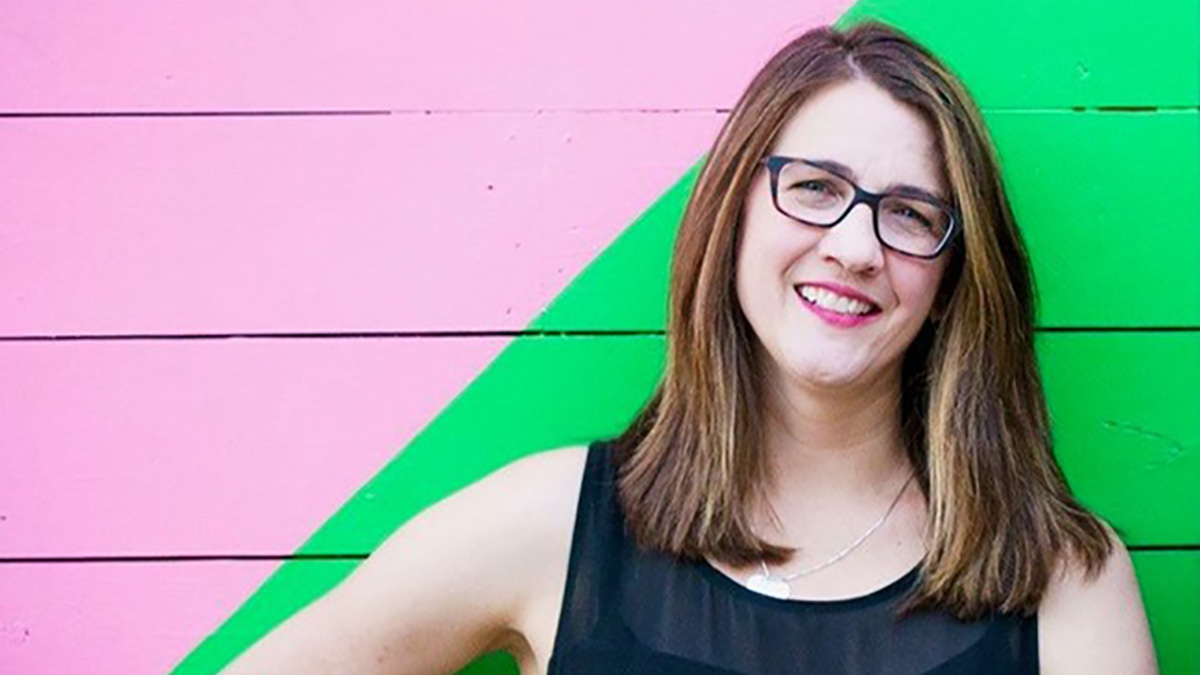 If you’re looking for someone who’s busier than ever, even though she’s working from home, check in with Lisa Masseur.

As Executive Producer and Co-Founder of Tessa Films, the Chicago and L.A.-based production company, Lisa seems like she’s everywhere these days. As president of the AICP’s Midwest Chapter, she’s presided over Town Halls and panel discussions, in addition to taking part in the regular AICP national Town Halls that take place every week.

As leader of a woman-run production company, she’s a regular on the Chicago and Midwest production beat, most recently taking part in an online panel on women filmmakers sponsored by the Center for Creative Entrepreneurship.

And then there’s the extracurriculars: Last year, Tessa produced the pilot for the quirky Showtime comedy “Work In Progress.” Created by Chicago improv regular Abby McEnany and Tessa’s Tim Mason, the semi-autobiographical comedy is about a self-described lovelorn, middle-aged queer dyke whose misfortune and despair unexpectedly lead her to a vibrantly transformative relationship. Already green-lit for a second season, the series was described by The Hollywood Reporter as “fully realized and brutally funny.”

Launched in 2017 with the veteran production and post production entrepreneur Reid Brody as partner, Tessa has continually been adding to its directorial roster and expanding its footprint, now working simultaneously out of both Chicago and L.A. Since the shutdown, the company has continued to stay busy, first shooting a variety of jobs remotely with its directors, and now back on safe sets. We recently checked in with Lisa to see what’s been going on as the company gets ready to celebrate its third anniversary later this year.

What’s been the most surprising thing you’ve encountered since the company started?

I don’t think much really surprises me anymore, but I think the loveliest surprise was just the overwhelming positive response from clients who were thrilled to hear that I was starting my own venture. And they followed that up with support and jobs, which was fabulous. We work in an incredibly supportive business with great people. I think sometimes people forget that.

Has the company changed or evolved since you and Reid first opened your doors?

I guess the biggest thing is that we’ve grown! More staff, more directors. Due to the support we’ve had, we ramped up rather quickly.

What’s been the secret to your success so far?

I think it has a lot to do with putting in the hard work, which in turn makes the clients we work with trust us implicitly, which then means they return with more projects. Honesty and kindness also go a long way!

What makes directors want to join your roster?

I’ve helped launch quite a few directors into the ad world. I think that, along with my reputation for being fair and working hard for my directors, is pretty well-known.

So how did the “Work in Progress” pilot come about?

Three years ago, Tim Mason and Abby McEnany came to me with the pilot script. Of course, I loved the script and the whole idea for the series. At the time we decided that just filming one scene might help them sell it while making the rounds in Hollywood. So we shot the intro scene to the pilot then. While that ultimately didn’t help with selling the show, that scene still made it into the series premiere on Showtime.

What was Tessa’s role in making the pilot?

After a couple years of trying to sell the series unsuccessfully, Tim and Abby came back to me and reminded me of something I said while we were editing that first scene. Abby asked, “What’ll happen if we don’t sell this?” I’d responded, “Then I guess we’ll just have to shoot the whole pilot.” When reminded of this at the time, Reid and I were opening Tessa with the hopes of shooting not only branded content and commercials but original work as well, so it was a no brainer.

What does it say about Tessa that you signed on to produce something as offbeat as this?

Well, besides being able to find directorial talent who we successfully help to flourish in the commercial world, I think we can spot original scripts and projects that have promise and we are willing to go to the extra mile to bring them to life.

What have you been most proud of during the course of your career?

I’m most proud of helping all the people I have throughout the years. Directors, crew members, other producers — I like lifting people up and setting them up for success. More often than not, they surprise me with their talents and determination when given the chance.

Let’s switch gears for a moment. Tell us how Simian helps you run your company.

I was a very early advocate for Simian. I think a company I was with years back was one of the first to use Simian for both sending reels and as the back end for its website. Today, the seamlessness of their service is a given.

What benefits does it provide to you, your sales folks, your producers, etc.?

Simian quite simply makes the sales process an easy one. From tracking reels that were sent to collaborating on reels being made with reps, to organizing production projects in process – it’s an invaluable tool. And I appreciate that Simian routinely ups the ante and adds new features to help us further.