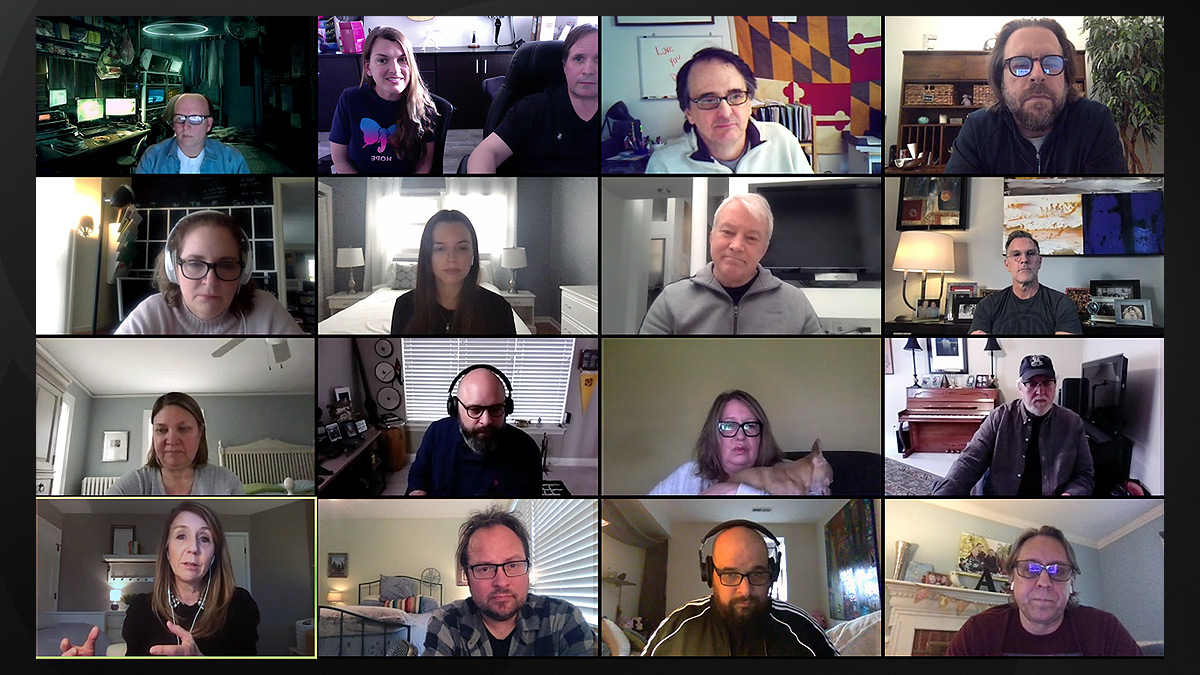 As production houses start to plan how they can resume shooting, and post companies look for ways they can pick up where they left off before the pandemic shutdowns, there’s been an interesting shift in attitudes and opinions about how work gets made. That’s the takeaway from our most recent Heads of Production roundtable, which was held recently with HoPs from agencies in the Midwest and Southwest.

With execs from shops like FCB, Energy BBDO, Abelson Taylor, The Escape Pod, Mono, BVK, Carmichael Lynch, GSD&M, The Richards Group and others, we explored how work is getting made and how agencies are dealing with this extended WFH challenge. What we found is that they’ve quickly moved beyond a reliance on re-cutting existing footage or tapping stock footage – although these techniques are still being employed – and are now increasingly finding ways to produce content themselves.

A common refrain we kept hearing from the production heads is “we’ve never been busier,” and they have the stats to back it up, with one agency producing over 100 client pandemic response spots in just a few weeks. Turnaround times are incredibly tight, they say, often just days, and the result is that working with outside vendors seems like something of an impossibility, at least under current conditions.

And of course there’s the search for new kinds of content. “We’re out of love with what we’re doing, and we need to fall in love with something new very quickly,” said one HoP, talking about the solemn scenes we’ve been seeing for weeks. Agencies have have run the gamut of WFH techniques and looks, including animation, CGI, user-generated content, creatives shooting their own scripts, etc. In some cases, clients have gone into their own stores or locations and captured footage themselves. All of it ends up back with the agency production department, which has to find a way to make it work.

At the same time, agency producers are reaching out and talking to directors, accepting treatments, exploring highly-tentative schedules and pre-bidding work in an effort to have a leg up when people can start shooting again – “so we’ll be first in line,” as one put it.

One thing the work from home movement is doing, in addition to changing perceptions on how agencies will work with outside vendors, is changing perceptions on how in-house departments are viewed. Several production heads said that their in-house departments have risen to the occasion, not just on the post end but in production, too, and that if it weren’t for their existence, the ability to crank out content quickly would have been considerably impaired.

Indeed, if anything, in-house seems to have been somewhat liberated by the pandemic, tapping remote capabilities to scale up as needed. “We’re no longer limited by space or the number of machines we have,” was one comment.

Admitting the difficult times they’ve faced, with increased pressures and even furloughs and layoffs, the production heads agreed that the pandemic has presented opportunity as well as well as challenge. “It’s a chance to be flexible in terms of how we work, and the shifts that are taking place are going to be transformative,” noted one participant, who doesn’t expect a return to business as usual when the pandemic is behind us. “We’re going to be looking at everything in a new way.”

Overriding all of this is the question of what life back in the office will be like – will people be working side by side again, albeit farther apart, or will some be office-bound while others remain on a remote status? And the thought of shooting remotely, with a director in one location and cast, crew and sets elsewhere, seems way less far-fetched than it did before the onset of the virus. “We’re all sort of getting used to the idea,” was how one production head put it.

And throughout, production heads are dealing with the emotional toll this is taking on their staffs. “I’ve never been so social with my teams before,” said a HoP. “There’s a lot of love going around.” Added another, “It’s important in this Zoom environment that you spend time one on one with your people.” The realization that it’s likely that this will go on for some time – six months to a year is what some are preparing for – suggests that this aspect of the Head of Production job is going to become more and more important as time goes on.