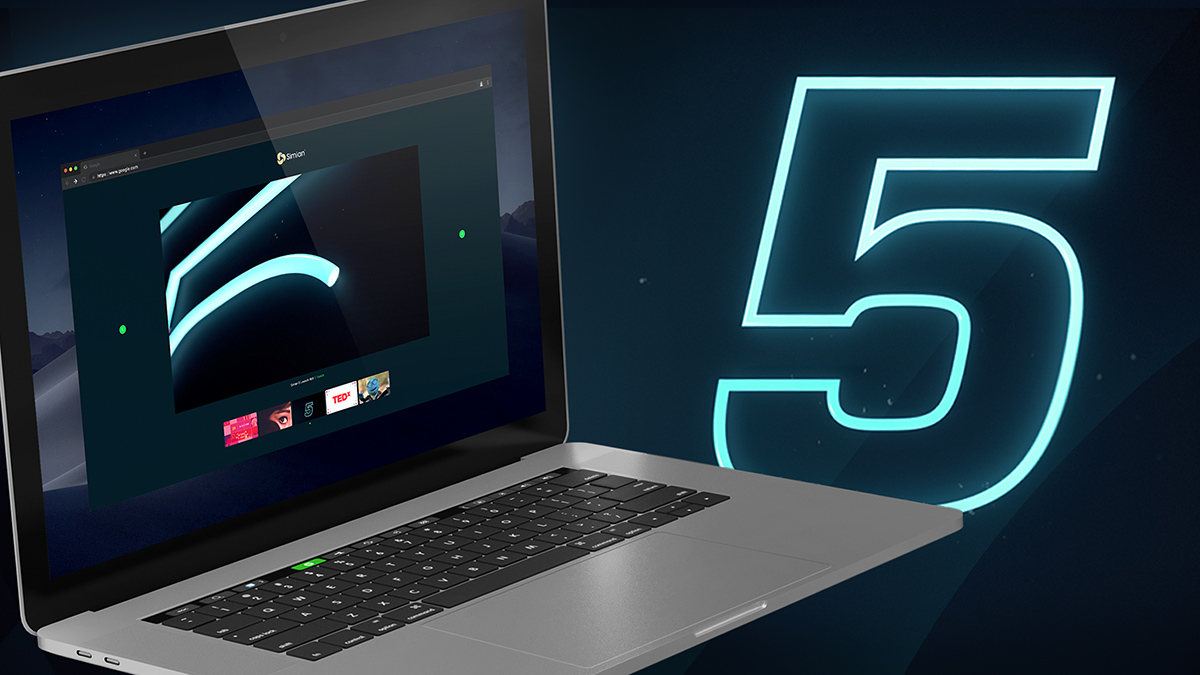 Ready for Takeoff: Simian 5 Kicks off Next Evolution in Media Sharing

Over 100 updates and new features in Simian 5 will help you win more jobs, share and collaborate with greater ease.

Since rolling out Simian 5 in mid-October, we’ve been hearing some great comments from users. And that’s music to our ears, especially when you consider that much of what went into it came from us listening to comments and requests from our users.

This new version includes over 100 updates and new features designed to help people work faster and more efficiently – or, as we like to say, to work Simian Smart. We’ve been dedicated to improving and refining Simian since the day we opened our doors, and Simian 5 is, if anything, a continuation of that pledge. It includes major upgrades to our core tools that users rely on when building showreels and sharing work with clients and other team members for review, comment and approval. In addition, we’ve given the user interface a fresh new look and added customizable themes, night mode and global notifications.

In Projects, our collaboration tools have been simplified, with expanded review and approval functions and file status updates. Files can be easily merged or locked, and moving them between Projects and the Media Library has been streamlined.

Our annotation tools have been enhanced, too, and Simian has introduced Time-Ranged commenting for more precise feedback. In addition, files can now be watermarked with custom graphics, allowing users to protect their content and brand them with their logo at the same time.

We’ve also created a new ‘Client Upload’ feature for Projects that allows users to send out secure links permitting outside sources – everyone from clients to freelancers to additional team members – to upload to a Projects folder, quickly and easily via a browser interface. Changes have been made to our video player, too: a new feature called Aspect Ratio Mask allows you to overlay aspect ratio guides on your screen, to see what your video would look like in other formats, including vertical. And you can now switch back and forth between time code or frame counts to mark your progress.

Here’s how Kellie Atton, our Head of Sales, describes it: “We’ve heard from lots of people that instead of just looking at a list of sent reels, it would be better to know what’s actually on those reels, so they can be quickly updated and resent. Reels sometimes have similar titles and lists of spots, so being able to quickly compare them before loading into the Reel Creator saves so much time. We actually took this a step further, so reps can identify the reel they want and easily resend or grab a short link right from the Reel Library.”

For sales reps, company owners, EPs and Managing Directors – basically anyone interested in making sure their company wins more jobs. – the updates we’ve made to Simian 5’s Reel Library and Reel Creator are hugely valuable. For example, in the Reel Library, where users’ sent showreels are stored, a number of improvements have been implemented to help sharpen your ability to get the right work in front of prospects as quickly as possible.

Another incredibly handy new tool called the Trim Feature has been added to the Reel Creator that allows users to just show selected segments or portions of a video or spot with no editing required. It easily allows you to drag a marker to start and stop points, so you can present only the scene or sequence you need. “All too often we’d get comments like, “I have a two-minute spot and I only need to show one scene, what can I do?’ And the answer was always, edit it,” says Kellie. “But that isn’t practical in an on-demand, ‘I wanna see reels now!’ world. Trim Feature can solve that problem.”

Also added was an update to the Simian Dashboard that alerts users to their Most Active Reels, so you’ll know which sent reels have been getting the most activity. And we’ve enhanced our map function, which shows geographically where the reel activity is taking place; it’s a good indicator that your reel has been forwarded.

Simian 5 has been in the works for just over a year, says Jay Brooks, our CTO: “We initially were aiming for a minor refresh that was going to launch early this year, but as 2020 began to shape up the way it has – with so many things derailed due to the pandemic – we took the opportunity for a much deeper dive and went for something that was truly epic.”

Jay adds, “We’re always trying to stay a step ahead of what users are looking for. Yes, we follow where the business is headed, but the key is to anticipate what people need, and that’s never been more important than today. Much of what we’ve done comes from identifying areas where we could improve our users’ overall experience and make their jobs easier. That lets them focus on what they do best, which is being creative. And we’re not even done yet!”