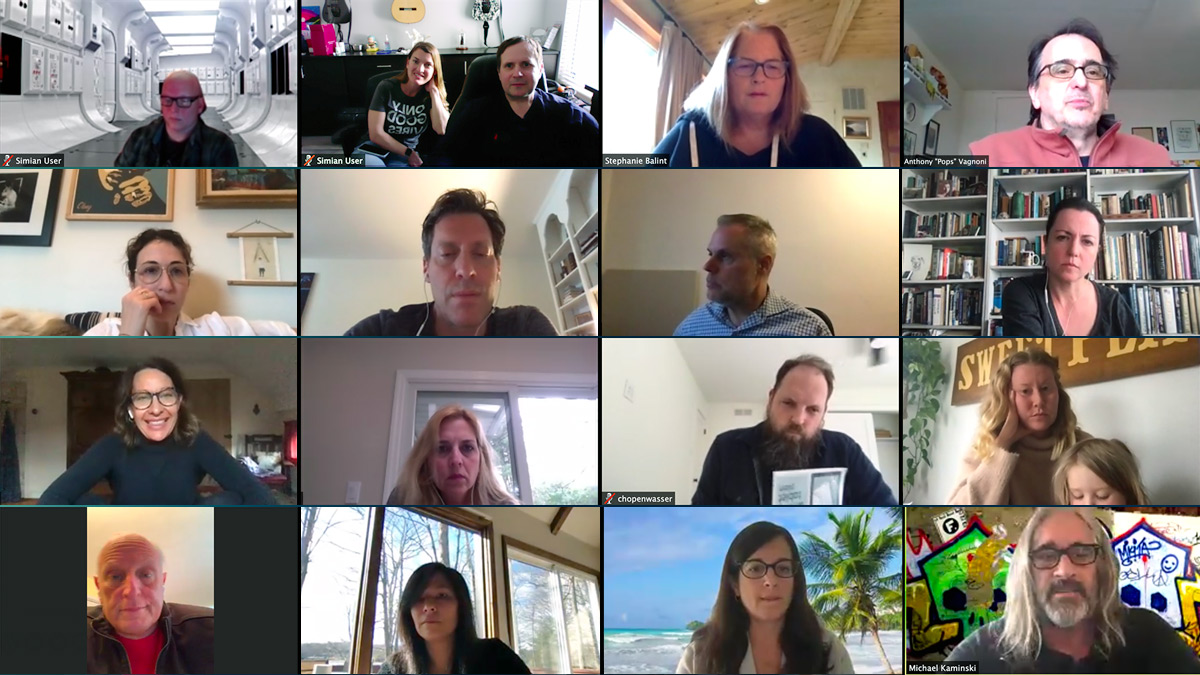 It’s quite possible that by the time you read this post (which is being written right around Easter weekend), that you’ve been in enough Zoom meetings to last for a few years. Chances are you’ll be in more than a few more before the world returns to some semblance of normalcy. But Zoom we must, which is why Simian decided, on short notice, to hold an Advertising Heads of Production roundtable via Zoom for people working in the New York area.

Turns out there’s no shortage of folks clamoring for some sense of communal support and guidance, and Heads of Production are no different. We quickly got RSVPs from a range of agencies, including Ogilvy, Anomaly, Merkley, 360i, FCB Health, Untitled, Juice Pharma and others. We also welcomed a production exec from the in-house team at Verizon. Many more wanted to join in but couldn’t; they had other Zoom calls to take part in.

The discussion that unfolded over the hour we spent ‘together’ reveals that everyone is looking to find a way in these unsettled times. Who’s bidding, how they’re getting work done and what are the resources you can turn to for visual content solutions were the questions on everyone’s minds. The reaction to managing production these conditions ranged from a sense of frustration to an admission that “it’s working surprisingly better than we expected.”

One observation was that while dealing with the day-to-day challenge of helping brands address the pandemic via their messaging – all of which needs to be made in responsible manners that respect social distancing norms and CDC recommendations – they all had their eye on the time when creating original brand content becomes ‘safe’ to pursue again. “We’re getting lots of decks from production companies that explain how they’re going to work,” said one HoP, but added that they expect production to resume (of sorts) with new sets of safety rules and recommendations in place, particularly around areas like doing hair and makeup.

Added another, “I’ve been impressed with how our vendors are going out of their way to meet our needs. The HoPs are also concerned with making sure that production work, when it does start to resume, does so by the book – again, in keeping with their ongoing desire, as we’ve heard in so many of our roundtables, to help both clients and agencies themselves minimize risk and avoid problems before they have a chance to happen.

They realize that, for the time being, they need to work on parallel tracks, pushing out work now that’s utilizes everything from animation to stock footage, existing footage, even content shot on phones and mobile devices, while simultaneously getting ready for the next phase. “We have to put stakes in the ground now,” said one HoP. “We’ve got to keep going on some level."

Everyone seems in agreement that when production does return, it won’t be quite the same. One HoP predicts that crews will generally be smaller, and wondered whether production companies and their respective craft unions will agree to working with fewer people than before – at least for those that shoot union. Pre-production will likely be expanded, allowing more time for planning and developing production solutions, which may then be executed with what one referred to as ‘micro-crews.’

These are extraordinary times, not just for our industry, but for society as a whole. Simian will continue to sponsor HoP roundtables, not only as a much-needed forum for sharing insights, tips and experiences, but today they serve an added purpose: letting everyone know that we’re all in this together, and we’ll all pull through together.