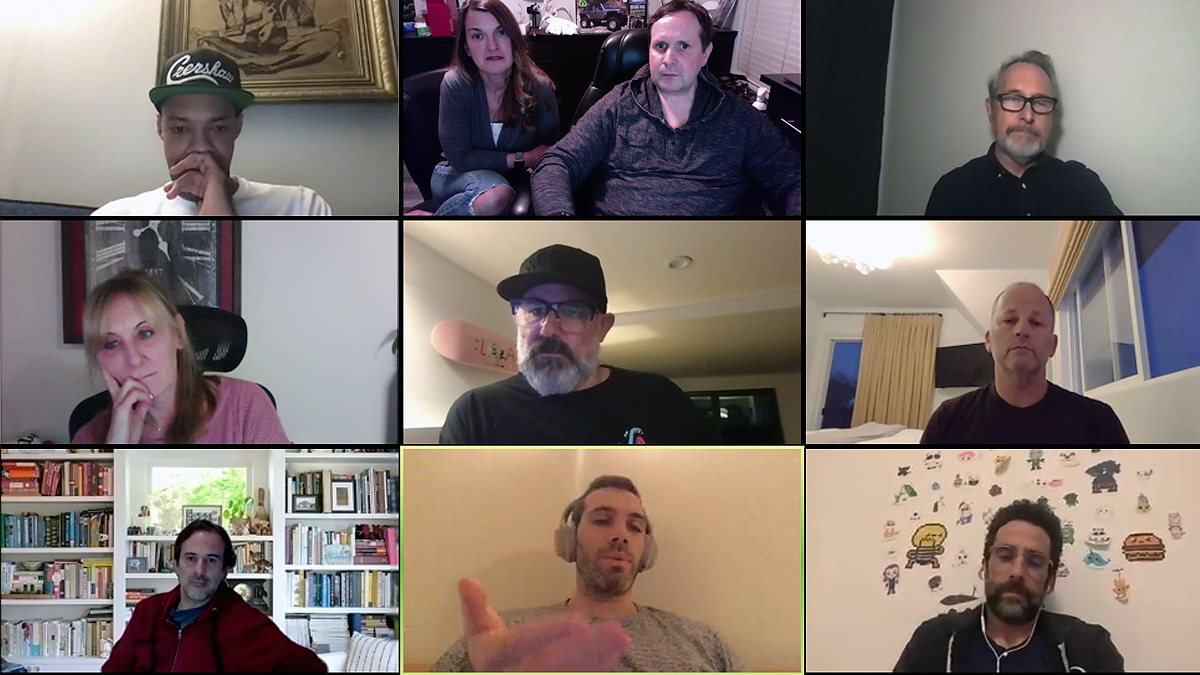 What will the client experience be like as production continues under Covid? HoPs say education is critical.

It’s been a while since Simian gathered agency Heads of Production for a virtual Zoom roundtable. Since our last gathering, back in June, the pandemic started to feel like it was tamed, only to roar back with a vengeance, particularly on the West Coast.

So it seemed fitting that our first Heads of Production roundtable in in almost six months should be with agency execs from shops in the L.A. area, which right now is taking it on the chin from Covid. It took place in early December, with a half-dozen agencies represented on the call, including Team One, Doner, Conill, Zambezi, Hecho Studios and Saatchi.

As we talked about the challenge of getting work produced, a number of issues came up again and again. First was the importance of having backup plans – and backup plans for your backup plans. Production has always had a seat-of-the-pants element to it, but that feeling has become even more precarious, as any number of things can force producers into last-minute scrambles.

Another is the need to be totally transparent about what it takes to to pivot quickly, both from a creative standpoint as well as an executional one. “We’re pitching everything on each job, both live action as well as alternatives like CG, stock footage and animation,” said one exec, noting that they need to be able to switch gears requires extensive contingency planning. “But clients are coming around. They’re more understanding about the risks involved. And as producers, we have to be prepared to deliver something in the event we get shut down for whatever reason.”

Getting the latest and most accurate info has been a challenge, too. “The AICP Town Halls have been invaluable,” said one HoP, as has AICP’s frequently updated coronavirus guidelines and resources page. “And we follow that up with lots of conversations with production company EPs. But it’s still elusive.”

How clients are handling the pressures of Covid production as 2020 winds to a close appears to be a focus of many production heads. There are a number of moving parts to this, they suggested; for example, clients need to understand the added costs involved with producing work under Covid restrictions, such as the need for frequent and ongoing testing and the need to staff shoots with compliance officers who monitor everyone’s status. “Our production companies appreciate the fact that some of our clients are more than willing to cover the costs of testing,” said a participant.

But the process of gently guiding clients into this new production matrix has still been a bumpy ride. “The client experience of working remotely is somewhat insane,” one HoP admitted. “We’ve had to do a lot of education about what shooting under these protocols involves. And I think going forward, we’re going to be asking ourselves, what will the client experience be like?”

Another challenge HoPs said they’re facing it that Zoom technology can be dicey, which can make client monitoring of shoots in progress difficult. Poor Wi-fi, unstable connections and overall connection speed can hinder the ability for them to get a clear picture of what’s taking place, either on location or on set.

We talked about in-house and how it’s responded to the crisis. Are agency in-house units coming to the rescue? We’ve heard this in our HoP roundtables before – that agency production and post departments are kicking in and doing more work than before in light of the pandemic. Seems that still holds true. “We’re trying to be more flexible with what we can do, and be able to scale up if needed, but that puts a lot of financial pressure on the agency,” said one HoP.

Speaking of pressure, the conversation eventually turned to the topic of human resources: how were people doing now that we’re over eight month into the pandemic? There was no shortage of sharing when it came to this subject.

“Everyone’s life is different now,” said one veteran HoP, “and the shared affliction (of the pandemic) has hit people in lots of different ways. The pressure of life in general – the concern for your friends and family and your job – has added such a layer of stress and anxiety, there’s really nothing to compare it to.”

“A lot of the one-on-ones I’ve had with my people are about how they’re doing, not about the work,” added another HoP. “As a manager, I’ve never felt more involved with the people who work for me,” was another comment. “The challenge now is for us find a way to maintain a sense of community.”

Several HoPs noted that this comes at a time when everyone is busier than they were at the very start of the pandemic. “And it’s kind of stripped the fun out of the business,” someone offered. “We’re seeing lots of pandemic fatigue, the longer this goes on.”

The feelings going around the Zoom chat were summed up by one particularly passionate production head, who had this to say: “This has been really difficult. And the folks on this call, the people who work in production, have been helping to keep the ad industry afloat. But our people are struggling, and many feel like there’s no time off, there are no boundaries. Our conversations have been really hard, too. No one knows where we’re going to be when we come out of this. It’s like there’s this existential threat to our industry. I think as Heads of Production, we’ve all been doing a lot of listening.”