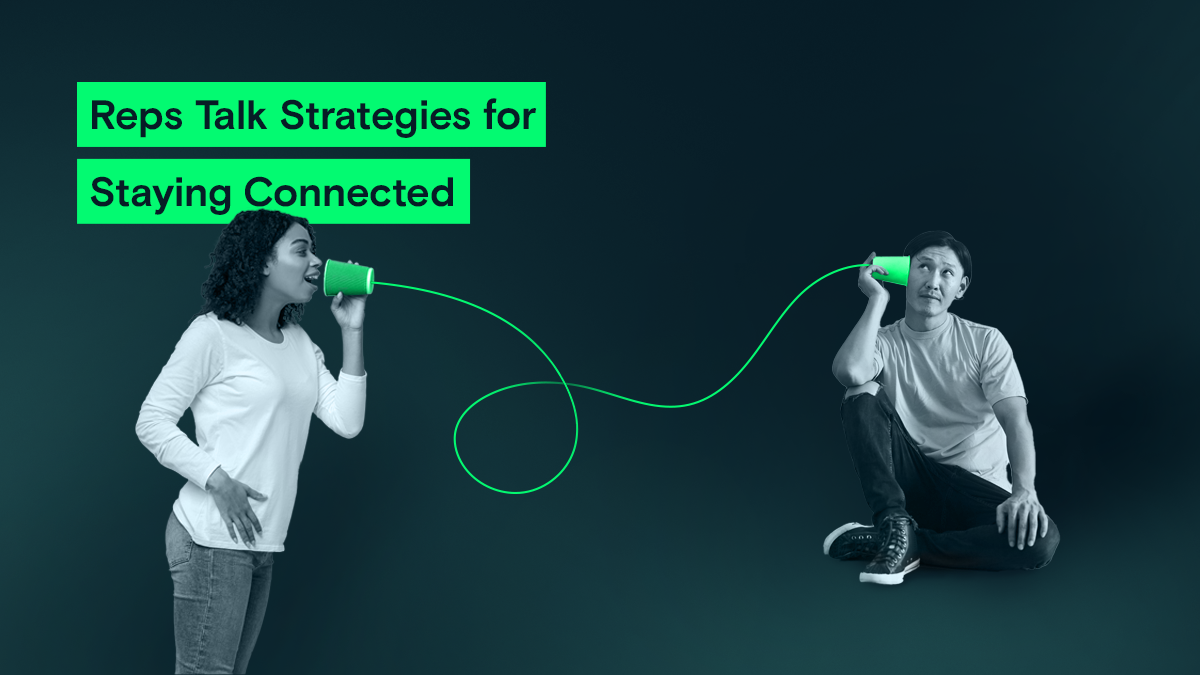 Reps on the Value of Connection: “We’re Relationship Builders”

If reps are the industry’s original ‘influencers,’ what are their techniques for staying in touch with their followers? It’s not like they’re dancing around on TikTok videos, although there are certainly a few who would look right at home on the platform.

No, they stay connected in a variety of other ways, the importance of which was brought home on our recent Simian / Alliance of Independent Representatives roundtable. We gathered a team of reps from around the country to talk about key issues facing the repping community, with a focus on staying connected with their rosters, as well as with their agency friends and clients, as a key element in winning new business.

For reps, the challenge of staying in touch with agency clients and buyers has become increasingly complicated in this ‘work from wherever’ world, one in which there’s abundant freelancing and frequent job-hopping. So how do they do it?

“I stalk people on social media,” says Carolyn Hill, half-jokingly. “I follow where people are going and what they’re doing, and I tend to reach out when they post about themselves. It’s a constant game of chess.” But overall, as she notes, there’s a great deal of caution in terms of how people reach out these days. Being respectful of time and boundaries is the order of the day, especially in light of how people are now working from home.

“I think people still want to talk, but at the same time a lot of them are put off by phone calls,” says Alyson Griffith. She only calls when she gets an inquiry for a reel or a directors’ availability, but admits that the restrictions on how folks communicate these days can be tough on a rep: “We’re all extroverts, so this inability to connect is a bit excruciating.”

“We need to always be upbeat and excited, and convey that enthusiasm across the communications channels in a time when people are overwhelmed by the influx of emails, newsletters and e-meets,” says Daria Zeliger. “I think the key to cutting through the noise is to stay relevant and craft your message based on research, showing shorter but more targeted reels.”

As people have begun to reemerge from their cocoons, the urge for reps is to re-engage on a personal level. Certainly, that was seen at events like the AICP Show in New York, which was packed shoulder-to-shoulder with industry heavyweights. “I’ve been doing more face to face meetings,” says Griffith, who’s based in Dallas but covers the West Coast for a number of roster clients. “It’s been lunches, drinks, happy hours – people are starting to get out, but less than before.”

Staying close to their roster companies is also a requirement, and that’s similarly been impacted by the pandemic. “You have to stay in touch, as information is key,” says Roxanne Artesona. “I talk to my roster EPs almost daily. If we’re not talking about a specific board or job, we’re talking about what’s going on in the industry. It’s important to know what they’re doing.”

“The relationship between independent reps and company EPs has always been an important ingredient to the success of getting into a bid,” says Zeliger. “As a rep I promote not only the directors, but also the magic sauce behind them, which is the production company and their resources.”

Strategizing is a big part of these conversations, notes Griffith, and with good reason. Agencies are being mandated to work in house, and there’s more freelance directorial talent available than ever before. “The budgets are smaller and there are more players,” she observes. “So we’re all feeling this pressure.” Says Artesona, “It can be exhausting. There are so many good people to choose from.”

Staying on track has proven harder to do now, too. “Chasing jobs is a juggling act,” says Veronica Lombardo. “You’re constantly being jerked around and it’s hard to know when you’re on the right track.” With frequent movement of agency players, keeping connected requires an enormous amount of time and focus. “And you need to find out from your EPs as to who they’ve been in touch with, too,” she adds.

While social media channels remain important conduits, reps are using them in different ways. Instagram is increasingly seen as a preferred platform for connecting, given how it’s a great reflection of people’s personal tastes and interests. “I’ve had success in reaching out to people there and building some organic relationships,” says Artesona.

She’s not the only one who’s mined Instagram for leads. Ann Asprodites has worked with a social media wiz to find ways to manipulate the platform’s algorithms and take advantage of what people are interested in. The result? “I’ve gotten several jobs from this,” she reports. “It’s been transformative.”

The wider social fabric has been helping reps anticipate trends, stay informed and keep themselves current, many of the roundtable participants note. For Carolyn Hill, being seen as well-informed is part of “how you communicate your worth in a digital world,” she says. “You have to be super up to date.” Absorbing everything from TikTok videos to podcasts (Scott Galloway is a personal favorite) to even hiring a fashion photographer for her website headshots is seen as part of the plan. “We’re playing Jenga with information,” she quips. “It’s less about selling.”

Corey Rogers would agree. “In some ways, reps have been judged against the wrong metrics,” he points out. “We’re relationship-builders and connection-finders, and what we do is develop opportunities.” In that light, he suggests, staying connected – with clients, with your roster, with creative talent and with the latest fads, trends and influencers – is the key to success for today’s independent reps.