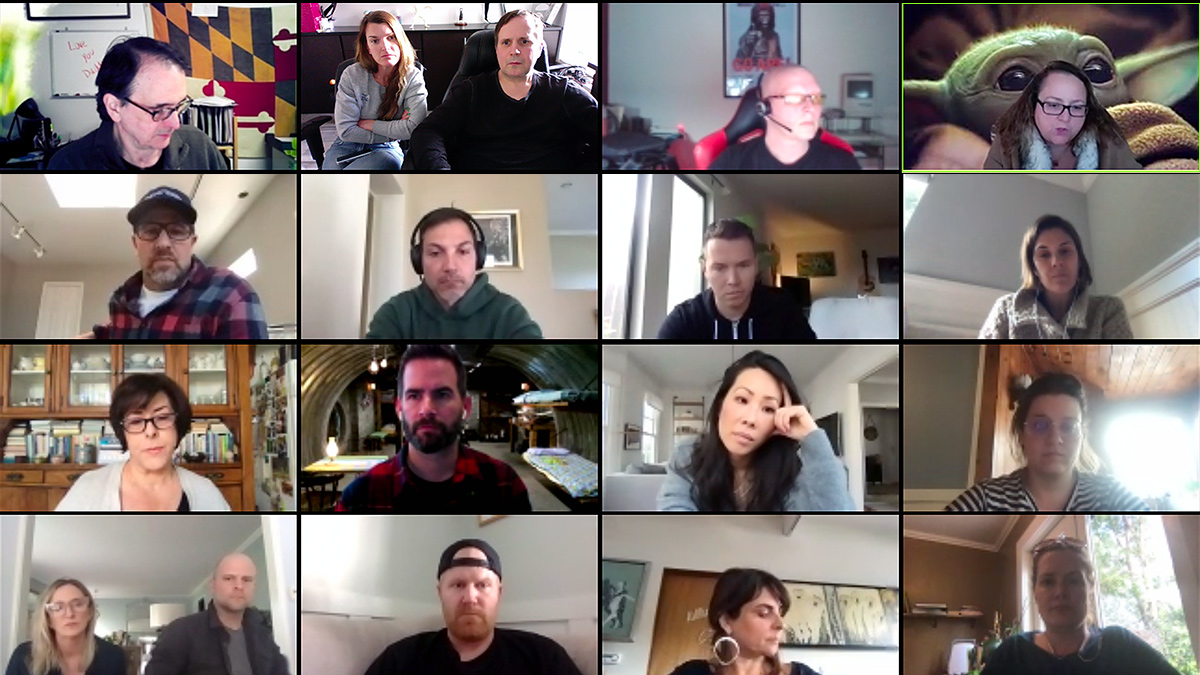 Our most recent Simian Advertising Heads of Production roundtable experienced a number of firsts. This was the first to be conducted virtually, via Zoom Meetings; all our previous sessions, held in New York, Chicago, L.A. and San Francisco, were face-to-face gatherings that allowed for a lot of nuanced conversation, not to mention a little old-fashioned networking.

There were other firsts here, too: this was to be our very first end of day, roundtable, with wine and snacks to fuel the discussion versus salads and wraps. More importantly, this marked the first time we’d invited Heads of Production from the brand side to take part – hence our renaming this series the Advertising Head of Production roundtable, versus just Agency HoP.

We did this at the suggestion of Tanya LeSieur of MUH-TAY-ZIK / HOF-FER, who felt this would better reflect the unique makeup of the Bay Area ad industry, where many tech brands have full-up in-house agencies with accompanying production departments led by former agency production heads.

So with production execs from companies like Uber, Facebook, Electronic Arts, LinkedIn and Lyft on the call, not to complement of local leaders from shops including BarrettSF, BSSP, Camp+King, Duncan Channon, Eleven, FCB, GS&P, Heat,215 McCann and Venables Bell, we connected and talked about some of the most pressing issues facing production departments today. The main topic, of course, was how everyone was dealing with the related shutdowns, cancellations and WFH demands brought on by the pandemic.

The general mood was guarded, as this is uncharted territory even for such a problem-solving, can-do group as our production heads. When it came to getting stuff done, many were still working out the details of how they were working remotely, not just with their staff and with colleagues, but with their trusted vendors in production and post.

Now, working remotely isn’t foreign to anyone dealing with post production, animation, VFX or graphics, and several people said they were already looking at these techniques (or the re-cutting of existing assets) as a way to get new work in the pipeline during the shutdown. But it’s a different world when it comes to live action, and there was considerable curiosity in exploring innovative techniques and technologies for shooting with the director in one location; cast, crew, sets and talent in another; and clients in a third. “I’m not afraid of it,” said one exec who’s already shot a project in this fashion.

While being open to new ways of doing things, everyone also understood the pressures that exist. Cancellations were a topic, as was insurance claims and whether or not anyone on the call was actively bidding for projects that would shoot later this year.

And what of their production company partners? Several said they were trying to work out agreements wherein they would make partial payments for jobs still in the bidding phase, “as a way to steer money to these companies.” The realization is that they’ll be needed when restrictions are lifted and brands are eager to get new messaging in front of battered and weary consumers.

The need for people to stay connected during tough times like these was apparent by the quick response we got when we switched this roundtable to a Zoom meeting; in total, we had 16 heads of production on the call (and two agency EPs), along with a handful more who wanted to join but had schedule conflicts. It’s worth pointing out that earlier the same day, AICP held a Zoom Town Hall for its General Member companies across the US, and at its height over 500 people had logged in.

And the following day, Simian unveiled its private Facebook group for Heads of Production. Close to 50 people joined within the first few days of its launch. We hope it will become a useful and vibrant forum for these harried folks to ask questions, seek referrals and generally tap the combined knowledge and experience of their peers as they chart new ways to do their jobs.

As with everything we do here at Simian, it’s all about working smarter and more efficiently – something that we all need to do, whether we’re working from the office, the studio, the location or your dining room table!