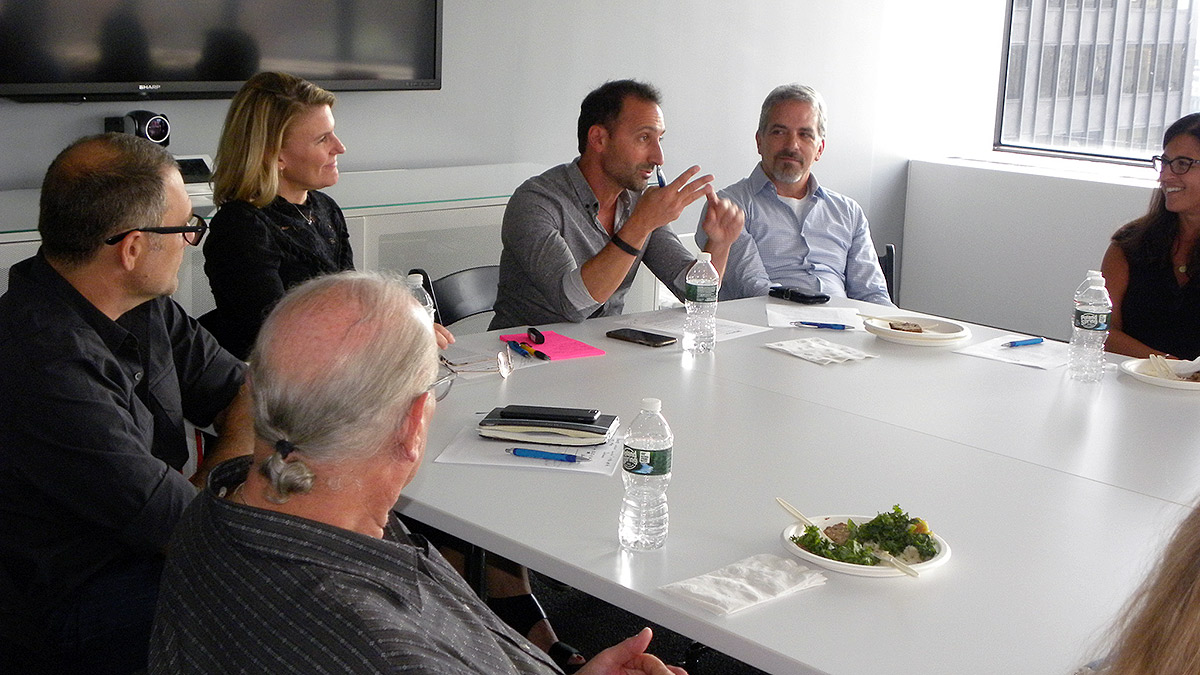 The Simian Heads of Production Roundtable series returned to New York in late September for a meeting that was held at McCann, graciously hosted by Nathy Aviram.

As Brian pointed out at the meeting, Simian has been hosting these roundtables - this is the fifth so far, with another scheduled shortly for Chicago, our first in the Midwest - primarily to learn about the pressure points agency production departments are facing, in order to better arm Simian users with the kinds of tools that will help make the entire production and post process smoother. We're also doing it because, as an independent company, we like to support the agency community in a variety of ways. 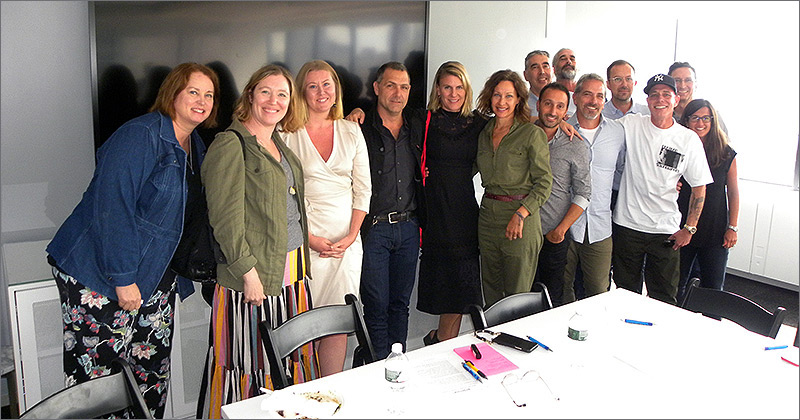 Our most recent New York group – the largest so far to attend any of our roundtables – seemed appreciative of the opportunity to sit down face and face to talk about some of the issues they face daily. Not surprisingly, much of what they’re grappling with has to do with how work gets done, and the evolving mix of talents required to accomplish what their creative teams and clients are looking to achieve.

A big topic of conversation was the changing nature of what producers produce; as more and more brands create content that looks more like an activation than an ad campaign, production departments are looking at different types of talents than just people rooted in making film and video. Architectural designers, for example, or fabricators are now being sought, as are those versed in producing live events.

The push seems to be geared towards what some are calling ‘innovation departments,’ tasked with finding ways to pull off projects no one’s ever really done before.

How to properly staff these kinds of roles, much less find the right people, has been a challenge. And paying for these people, too, is problematic, as often they're not needed on a full-time basis. Further muddying the internal talent waters is the increasing presence of project managers in the mix. Seen in some respects as quasi-producers, there's apparently a lack of clarity as to just what their jobs should entail, and to whom they should report.

And of course, an issue on everyone’s minds is education and mentorship. One production head circulates a deck internally that outlines the production process, another jokes that there should be a class for agencies and clients called “Production 101.” Senior producers and EPs with a knack for teaching are paired with junior producers to teach them the ropes, while another production head cracked, “I’m giving people bad news all the time,” as they explain how their concepts are too expensive to produce affordably.

The Simian HoP roundtables are designed for just this kind of exchange: providing insight as to how others are dealing the same problems you’re facing, while at the same time offering support, commiseration and a touch of validation – all delivered in a collaborative format that’s a welcome break from the pressures of their daily grinds.